Is Kratom Legal? What You Need to Know About HHS & FDA’s Guidance

When it comes to pain relief, mood enhancers and sedatives, there are several plants we can turn to for aid. Some of these plants (like chamomile and valerian root) can help with sleep, while others (like evening primrose oil and cannabidiol) work on nerve damage, inflammation and chronic pain.

One lesser-known plant is the Mitragyna speciosa plant, otherwise known as kratom. Read on to learn more about kratom, what it’s used for and important recent developments regarding its legality you need to know about.

Mitragyna speciosa is also known as kratom and is a tropical evergreen tree. This tree is a member of the coffee family and is native to Myanmar, Thailand, Indonesia, Malaysia, Papa New Guinea.

For hundreds of years, natives of these regions have used the leaves and leaf extract as a stimulant and a sedative. Many people also use it to treat depression, chronic pain, digestive issues, and to ease withdrawal symptoms from opium dependence.

Kratom is legal throughout the US, UK and much of Europe.

The Drug Enforcement Administration (DEA) recently opened a public comments period regarding kratom and its legality on a federal level. While some have concerns about its safety until it has been studied further, the HHS (Department of Health and Human Services) withdrew a request to classify Kratom as a Schedule I drug.

This request was made back in August of 2018, and it is only now coming to light two and a half years later that their recommendation was withdrawn. The FDA (Food and Drug Administration) failed to notify the public about the withdrawal, leading the public, media, policy makers and kratom consumers to believe that they were considering it to become a Schedule I drug.

An FDA spokesperson said that this letter was not the FDA’s to disclose to the public, despite the HHS concluding that “there is a significant risk of immediate adverse public health consequences to potentially millions of users if kratom or its components are included in Schedule I.” They stated that the FDA does not make any announcement concerning scheduling or not scheduling a potential controlled substance; the DEA makes these decisions.

This retraction of this decision was made due to insufficient evidence that kratom is dangerous and likely to be abused by the general public. The FDA also received criticism for failing to make this decision public, particularly in the midst of an opioid crisis, which kratom can play a major part in deescalating. The HHS concluded that kratom could have provided relief to those suffering from addiction to harmful opioids for the last two years.

Over the last few years, kratom use has grown in the US and all over the world. It is a popular alternative to opioid pain relievers and other more expensive pharmaceutical drugs. Most kratom users describe the plant as producing a mild analgesic and stimulative effect, no more stimulating than coffee.

How do people use kratom?

People who take kratom in low doses report having more energy and alertness. It has been used for hundreds of years in many parts of Asia where it is reported to treat coughs and colds, manage chronic pain, ease opiate withdrawal, boost energy and libido.

Kratom usually comes in the form of a powder, but it’s also available in tablet, paste, and capsule form. In the US, kratom is most commonly brewed as a tea and used to manage chronic pain and opioid withdrawal.

Kratom is available in the form of powders, tea, capsules and tinctures. At Nutraspec, we use kratom sourced from the highest quality kratom leaves available, straight from the Southeast Asian jungles. We package all our products in the United States and ship them directly to your door. So whether you prefer to mix your powder into a morning smoothie, drink it as a warm evening beverage or take it in tablet form, you have plenty of options. 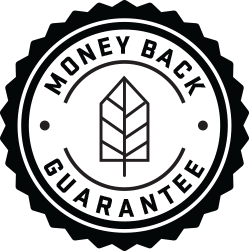 DISCLAIMER: THIS WEBSITE DOES NOT PROVIDE MEDICAL ADVICE OR MAKE ANY HEALTH CLAIMS ABOUT ITS PRODUCTS.
The information, including but not limited to, text, reviews, images, and other material contained on this website are for informational purposes only, and are not the expressed opinion of NutraSpec.
This product is not for use by or sale to persons under the age of 18. This product should be used only as directed on the label. It should not be used if you are pregnant or nursing. Consult with a physician before use if you have a serious medical condition or use prescription medications.
A Doctor's advice should be sought before using this and any supplemental dietary product. All trademarks and copyrights are property of their respective owners and are not affiliated with nor do they endorse this product.
These statements have not been evaluated by the FDA. This product is not intended to diagnose, treat, cure or prevent any disease. Individual weight loss results will vary. By using this site, you agree to follow the Privacy Policy and all Terms & Conditions printed on this site. Void Where Prohibited by Law.
See import alert 54-15 issued by the U.S. Food and Drug Administration for more information.
We do not ship to Alabama, Arkansas, Indiana, Rhode Island, Vermont, Wisconsin, and San Diego due to its legal status in those jurisdictions.
WARNING - MAY BE HABIT FORMING.
×

Get the latest updates on new products and upcoming sales